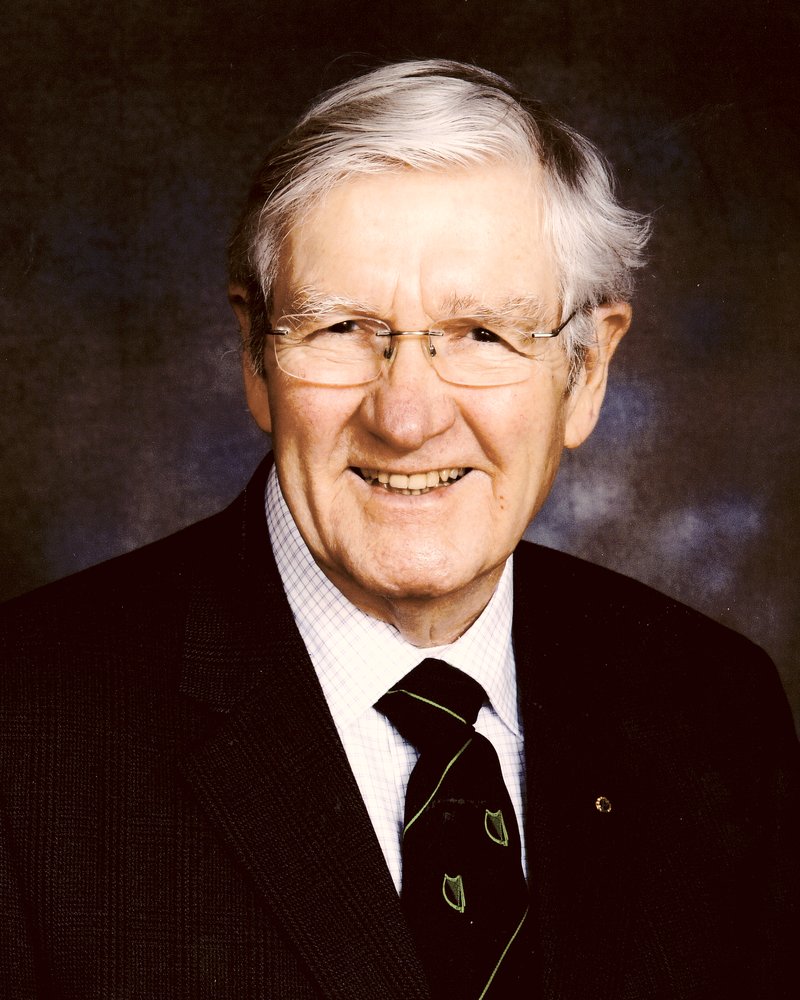 Surrounded by the love of his family, passed away in his 88th year. Beloved husband of Judith (Kirjavainen) for 55 years. Adored Dad of Tanya (Joe), Liisa (Don), Paula and Erin. Loving Poppa to Audrey, Daniel, Kate and Maddie. Dear uncle of Blake and Andrea; brother-in-law of Janice and June.

Born in Goderich to D. Douglas Mooney and F. May (Richardson). Predeceased by his parents and his cherished brother Paul.

After graduating from the University of Toronto, Victoria College, with a Bachelor of Commerce in 1952, Don’s career in finance included 35 years at Canadian General Electric, and then Black & Decker and consulting.

Endlessly curious and a voracious reader, Don’s lifelong interests included: world affairs, history, genealogy, finance, sports especially boating and golf, music, nature, and a love of dogs. An avid traveller, this year to Northern Ireland, Don’s favourite place in the world always was back “home” at the cottage “Chez Nous” at Sunset Beach on the shores of Lake Huron.

A funeral service will be held at Mount Albert United Church, 41 Alice St., Mount Albert on Friday, December 22, 2017 with visitation from 12 p.m. until the time of a funeral service at 1 p.m. Don will be laid to rest at Maitland Cemetery, Goderich, in spring 2018. Don requested that any donations in his honour be made to the War Amps of Canada, of which he was a lifelong supporter (his father, a veteran of the First World War, was a war amputee) or to Mount Albert United Church, where Don was an active member.