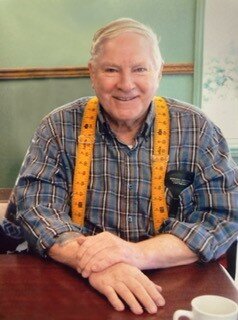 Peacefully passed away with his son at his side at Mount Hope Long Term Care, London on Tuesday, August 16, 2022. Frank Atkinson of Elmvale and formerly of Midland and Holland Landing at 89 years of age.

Visitation will be held at Skwarchuk Funeral Home, 30 Simcoe Rd., Bradford on Monday, August 29, 2022 from 10:30 a.m. until time of a funeral service at 11:30 a.m. Interment to follow at Queensville Cemetery.

In Frank’s memory, donations may be made to the Heart & Stroke Foundation of Ontario.

Online condolences may be made at www.skwarchukfuneralhome.com