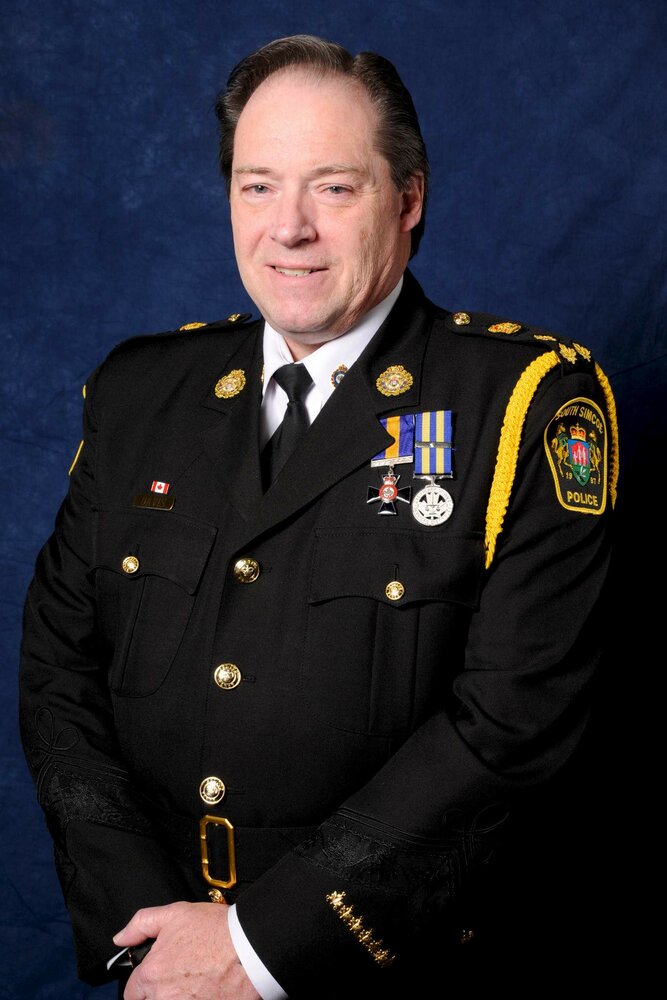 Bruce unexpectedly passed away at home on Wednesday, November 30, 2022 at 70 years of age.

Chief Davis was instrumental in the amalgamation of the Innisfil Police Service and the Bradford West Gwillimbury Police Service and served as South Simcoe's first Chief of Police from 1997 until his retirement at the end of 2011. He started with the Bradford Police Service as an Auxiliary in 1970, became a Constable in 1972 and later advanced to the rank of Inspector. In 1990, he was hired as Deputy Chief of Innisfil's Police Dept., assuming the role of Chief of Police in 1994. When Bradford West Gwillimbury and Innisfil Police Services amalgamated in 1997, becoming the South Simcoe Police, Davis was appointed as the first Police Chief. Chief Davis served as President of the Ontario Association of Chiefs of Police. He was also a member of the Board of Directors of the Canadian Association of Chiefs of Police and was honoured as Member of the Order of Merit of the Police Forces.

In Bruce's memory, donations may be made to the Royal Victoria Regional Health Centre Foundation or to VSSC (Victim Services Simcoe County).